Nothing worse than a break-up, it stings, it hurts, you don’t like it, it destroys everything you’ve built. When a girl leaves you, it is often a misunderstanding. But why? But how can she leave you after all you’ve done for her? Some men will keep on wondering why she ditches him out without mercy.

Today you are given the main reasons why a girl can leave you. Remember to avoid these five traps if you don’t want to eat ravioli by yourself.

Five reasons why a woman mercilessly ditch you out

1. Because you’re no longer attractive

Do you remember when you were courting her? Always on your cloud nine, consistently inventive to pick her up from school or from the office. Cocktail parties, evenings when you were at the stove, improbable walks in the city, surprise baths with homemade massages for her. Inflamed declarations of love, poems, and sonnets: you really pulled out all the stops for her!

But since you’ve been with her, you don’t make any more effort. You always wanted to show yourself to your advantage, and since she is really in your life, you let yourself go.

Are your grades steadily dropping at school? Do you have no prospects of advancement at work? She does not see the future with you. You live without having a real goal, without having any direction in life. She will gradually turn away from you because she will feel cheated on the merchandise.

So here’s a tip you need to apply whenever you want to seduce her: don’t send everything from the start! Don’t show all your cards right at the beginning of the game! Keep a little under your feet for the rest of the relationship! If you feel like you really have to go out of your way to seduce her, you’re constantly overdriving, so you won’t be able to keep up in the long run.

Being on top of your game from the start is like shooting yourself in the foot. See the flirtation and the couple as a permanent ascent, and not as a river which shakes at the beginning before arriving on a quite calm lake …

2. Because she has found better elsewhere

Her colleague male compliments her on a daily basis. He looks at her, he observes her. He always emphasizes it in group conversations at lunchtime in the canteen. While you have been considering it as a piece of furniture for 6 months. It is there, but it is part of the walls. You no longer look at it as an object of desire but as something that is there, acquired, forever. Big mistake!

If you’re younger, she can also leave you because this final year, B dude is a lot cooler than you. He goes out, he dances, he is the cup-and-ball champion, and that makes girls dream. Maybe not the cup-and-ball, but the notoriety.

If she finds better elsewhere, is it really your fault? You fought with the weapons you had… If she leaves you for a guy richer, more beautiful, stronger, smarter, funnier… Don’t be shy. It should make you want to improve yourself, but not to complex!

You are probably a good guy. An interesting guy. A curious guy. Funny. Reliable. Find a list of positive adjectives and write down any that apply to you when things go wrong. No one is invulnerable. Even “perfect” guys on paper lose their girlfriends. Don’t hate yourself, stay positive, and above all, continue to cultivate your inner game and your lifestyle, even as a couple!

3. Because she can’t admire you anymore!

She loved you for your qualities as a conqueror, for your optimism, for your outlook on life, for your good grades, for your social circle, for your physique like a Kenyan athlete.

Then an incident occurred which marked you, a dismissal that leaves you financially on the sidelines, the divorce of your parents, the death of a loved one. An accident in football that means you can no longer run. The change is brutal and violent.

If you don’t embrace this change and take the full measure of what is happening to you, you are going to transfer all the hopes you had for yourself onto your girlfriend.

Some guys find themselves dependent on their wife or female partner, and it’s tough to take when it is she who brings the bread. Likewise, some couples implode because the guy can’t stand his girlfriend suddenly earning more than him.

Stay humble. Cash in. Be happy for her. But don’t make her feel your jealousy. On the contrary, it should be a new source of motivation for you. It should push you to do more, to work better, to reconsider your priorities, and to readjust your goals.

4. Jealousy: the poison of the couple

You must have seen those reports where stupid guys go crazy when their girlfriends dress a little too short. They can’t stand the gaze of other guys, whom they experience as a perpetual threat.

A stable couple also feeds on trust. The sick jealousy, on the contrary, will only have the effect of pushing your girlfriend away. Who wants to be in a relationship with a freak? Sometimes they try to convince themselves that their boyfriend “likes them too much”.

Then when they understand that the guy has no confidence in her, that he considers any other guy as a danger, they realize that emotionally, he is far too unstable to be able to live a married life in all serenity.

So, if you don’t want to lose your girlfriend stupidly, don’t threaten any guy who comes to talk to her. Often, you worry about nothing. Every now and then, you can show her that you really care by frowning and playing the pissed off guy, but generally speaking, learn to keep your cool. You will make better decisions.

5. Because of needy guy

Did you think you could only be needed when you were single? Not at all! Some guys who have managed to seduce the girl of their dreams give in very quickly to their old demons once in a relationship.

Some guys who had integrated the notions of prizing during their seduction phase forget all the basics as soon as they are in a relationship and immediately put their girlfriend back on a pedestal… Failed!

Keep your pride! If she is in a relationship with you, it is because she finds qualities in you, so do not shine the spotlight on your doubts and weaknesses. Of course, a couple also serves to support each other, to listen to each other, but she will leave you if you frequently complain!

Keep your head up!

There is no miracle recipe when you are in a relationship, except to remain vigilant and to listen to your partner. Think of those little touches that are the salt of the relationship, think of surprising her from time to time!

Top 5 cases of blasphemy that lead to beheading in Nigeria 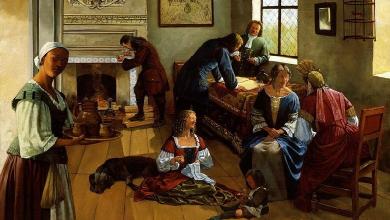