After a sculpture by Ronaldo was once smeared with pitch and feathers, Mohamed Salah now shares the same dubious honour.

The sculpture of the Egyptian attacker from Liverpool can be ‘admired’ at the World Youth Forum in Sharm el Sheikh and is by Mai Abdel Allah. It was his intention to honour Salah as a great example of devotion and perseverance, but at the presentation of it the image was immediately taken away by the mangle. Many find it even worse than the infamous work of Cristiano Ronaldo, which was quickly demolished after worldwide criticism and was re-created by another sculptor.

The Egyptian sculptor Adbel Allah explained that the open arms of Salah stand for embracing the fans after scoring one of his many goals. “I thought that was special and I could do something about it”, says in the Egyptian newspaper al-Masry al-Youm. It’s better that Abdel Allah does not look at the social media, where her sculpture is fully compared with a character from Beavis and Butthead or the character ‘Marv’ from the ‘Home Alone’ films. “Was there not enough material left for his chest and did they only give him the body of an eight-year-old?” 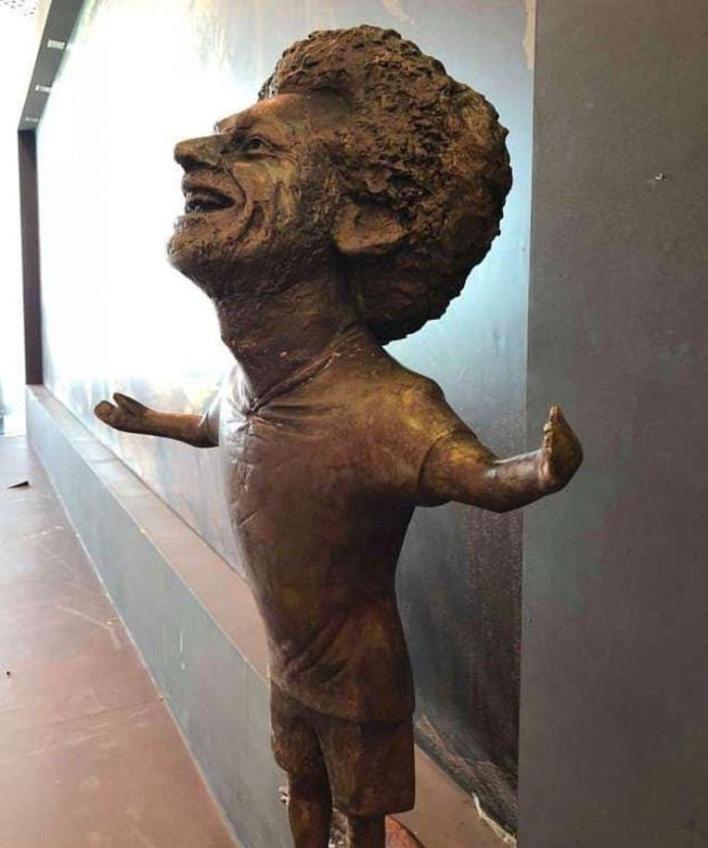 TikTok hits alternate at the top of Ultratop: ‘Jerusalema’ no longer on one

Kim Kardashian under fire for lavish birthday party: “How selfish can you be?”

Sudan also has a normal relationship with Israel