The suspicion weighs on Florentino Perez concerning the complaint that was filed against Cristiano Ronaldo on a rape case in Las Vegas in 2009. Kathryn Mayorga, a 36-year-old American had recently filed a complaint against the Portuguese star for rape.

According to the daily AS, it is a climate of tension between Cristiano Ronaldo, and the president of Real Madrid, Florentino Pérez. This tension was justified first of all by the refusal to organize a goodbye ceremony in honour of the five-fold Golden Ball.

For its part, the newspaper ‘Correio da Manha’ reveals the underside of the agreement that there was between Kathryn Mayorga and Cristiano Ronaldo after several pressure from Real Madrid. The magazine ‘Der Spiegel’ has published an excerpt of the supposed confidentiality agreement that there was in 2010 between the woman and the Portuguese concerning the alleged sexual assault. The same source indicates that Cristiano Ronaldo had refused to conclude this agreement, considering that he was innocent. But he would have been pressured by Real Madrid to sign this document.

Today the president of Real Madrid is suspected of being in the driver’s seat to destabilize the player. For his part, Cristiano Ronaldo denied all these accusations, explaining that the sexual intercourse was granted.

“I formally deny these accusations against me. Rape is an abominable crime that goes against everything I am and everything I believe in,” according to his lawyer, he adds that “It was a completely agreed relationship”.

The question some observers ask themselves is, why is this case revealed to the general public only now? Cristiano’s lawyers intend to use as a defence the supposed pressure from Real Madrid that would have pushed the Portuguese to sign this document with Mayorga.

In response, the president of Real Madrid has decided to file a complaint against the Portuguese daily Correio da Manhã who put forward pressure from the Madrid club to justify a confidentiality agreement with his accuser. 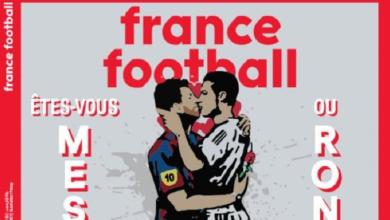 France Football publishes a picture of Messi and Ronaldo kissing