Maurice Bandaman, the Ivorian Minister of Culture confirms the death of the artist Dj Arafat, through the state media (RTI) on their publication made on 12 August. The minister “offers his condolences to the family and music lovers”, and arrangements will be made for “a tribute to the artist,” according to a statement released by the RTI.

The accident occurred on the night of Sunday, August 11 in Abidjan, a collision with the car of a journalist of the national radio. Videos that circulated on social media have shown a slowness in the care of the artist after his accident.

Read 👉  Personal assistants reveal: these stars are a nightmare to work for

With more than 2,300,000 subscribers to his Facebook page and just as many fans across Africa and the Diaspora, Dj Arafat is leading a fan club he affectionately called China. Dj Arafat after Douk Saga will give the Coupé-Décalé a new breath through new rhythms and no dance.

The quirky coupe is a musical movement born around the years 2002 while Ivory Coast is in prey to a politico-military conflict. It is driven by Douk Saga (1974-2006) and the Ivorian Jet Set.

The movement is complete and is based on musical rhythm, a style of dress, the buzz and the “work” of throwing of banknotes on a person or an artist to encourage it. Since its inception, the Coupé-Décalé that some described as an ephemeral movement, resists the erosion of time.

Read 👉  Is Jennifer Lawrence secretly married? A visit to court fuels the rumor

The death of Dj Arafat leaves a great void in the world of Ivorian music, the artist was known for his talent and ability to create the buzz to make live the Coupé-Décalé. 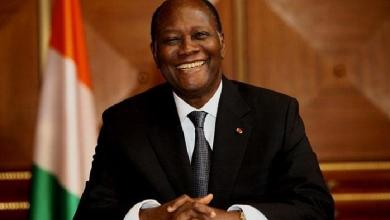 Do you remember Monica Murillo, queen of Hi5? How she looks