Music lovers were shocked when Kelechi Orji, aka Kelly Hansome, recently cite Nigerian record producer, Michael Collins Ajereh, aka Don Jazzy of locking him up for making a song cover.

Maga singer Don Pay shared the story on his Instagram page while celebrating the birthday of a soldier friend.

Speaking with Sunday Scoop, he said he did not intend to reveal the information but everything he said was true.

He alleged that; “it was when Don Jazzy arrested me that I met the soldier I mentioned in my post.

“I wanted to wish him a happy birthday and I remembered the event. I guess people were surprised because they felt Don Jazzy could not do such.

“Why would you lock up your brother for doing a cover of a song? The track was titled, I’m Feeling Good, by 2baba featuring D’banj, while Don Jazzy produced it. If he is proud of what he did, he should respond.”

Kelly Hansome also added that Charly Boy could testify to what he was saying, as he was one of the people who helped him.

He said, “I signed an undertaken and they published it online with my signature. They claimed I was bailed with N500, 000 but that’s untrue. I didn’t put out the song; it was leaked online.

“They even told the police to put a laptop on my hands so that people would think I was a yahoo boy (Internet fraudster).”

According to him, the last thing he would do is to initiate peace talks with Don Jazzy since he was the one who had wronged him.

He said, “I don’t care about meeting him or settling things. He is a producer, I am a producer too.

“If he buys seven houses and I buy one, it is the same bed we will sleep on. I don’t need to have many houses to be satisfied as a human being.

“I wish he would accept that he went too far by jailing me but he will not do that because of pride.

“You can only deceive people for a while, not forever. He would have said something if I was lying, but he didn’t admit or say a word because it was true.

“I am sure if he comes out to deny it, Charly Boy will speak.”

Kelly also insisted that he had never been close to Don Jazzy and knew only little about him.

“I have not done anything with him before but he attended my birthday party which was organised by Baba Keke in Lagos and he showed me love. But locking me in a special anti-robbery cell showed he didn’t care about me,” he maintained.

He, however, dismissed claims that he had left music, revealing that he recently dropped an EP, 4Play.

He stated, “I just dropped an EP and I am working on more songs. I live in America but most people don’t know this. I only come to Nigeria when I need to work on certain things.

“Apart from music, I have other things I do. I have a daughter to take care of and I am the first son of my parents.”

Woman file complaint against 50 men due to d!ck pics and dirty messages

Actor Jonah Hill broke up with his fiancé

Justin Bieber angry about fans camping on his doorstep

Cardi B reunites with husband Offset: “I missed the sex” 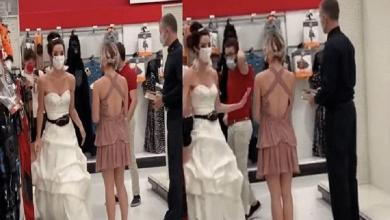 lady in a wedding gown, shows up at her fiance’s workplace, forces him to marry her after 2 years of engagement 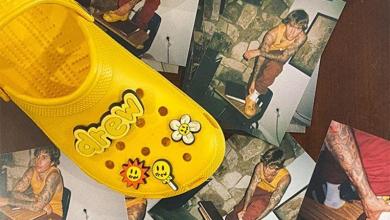 Justin Bieber releases his own Crocs, with accompanying accessories