Who could distrust that luxurious hotel built in front of the Red Sea beach? That afternoon of 1970, in his office in Tel Aviv, the elder brain of Mossad, almost laughing, told his collaborators: “Agent Gad Shimron must be crazy… He wants to save the Ethiopian Jews who fled from Ethiopia to Sudan, disguised as a hotelier and diving expert! Nothing less than from a Muslim country, with a boat and boats of ours, and to pay with Israeli reserved funds… The desert sun clouded his mind!”

However, that delusional crust project had solid roots, and would go down in history as one of Mossad’s greatest exploits of espionage, considered the best intelligence service on the planet.…

In 1972, a group of Italian businessmen finished building in the Sudanese village of Arous, on the shores of the Red Sea, a luxury tourist complex: fifteen bungalows, large kitchen, large dining room overlooking the beach, and in front of one of the most crystal clear waters ever imagined.

But the paradise resort died before birth. Without electricity or water – sabotage of Sudan to take over the business? –, the Italians dropped the flag, despite the thousands of leaflets they sent to the travel agencies of middle Europe: “Arous in the Red Sea, a wonderful world apart. The Great Diving center of Sudan. Luxury facilities, water sports, great abundance of fresh food, and wine”: great exception; alcohol is prohibited in the Muslim world…

Then, the Sudanese International Tourism Corporation did not exploit that wonder: before the offer of another group of European businessmen, and the immediate arrival of tourists from various countries of the globe, they rubbed their hands. A negotiation!

But quite another was the truth, and from here on out.

There was never a group of Italian businessmen, nor sabotages against drinking water and electricity, nor the second group of European investors, nor tourists. Everything was a great and gigantic farce mounted by the Jewish secret agent Gad Shimron and a small command, and accepted and paid, although with little hope in the result, by the Mossad’s top chief.

The most dangerous thing began: to rescue the thousands of Ethiopian Jews refugees in Sudan and take them to Israel. Leadfoot operation, life or death. Because a first failure – the police and the army detecting that tourists were not such – meant the end of the plan and surely the death of the agents.

Actually, blood had already spilled. In the escape of the first Falashas – exiled or foreign in the ancient Amharic –, a community called Beta Israel (House of Israel), more than 1,500 were killed on the way, and many others died in the very poor camps near the cities of Gedaref and Kassala, and no less was kidnapped and disappeared.…

Well oiled, the rescue machinery made every move. False documents to every refugee. Peremptory order not to reveal his religion. Fake Passports also for another group of Jewish spies who pretended to be employees of a Swiss company and rented the resort for three years paying $225,000. Local equipment with air conditioning, engines for boats and diving equipment, surfboards, and other sports Made in Israel…, smuggled in. Contract of fifteen Sudanese staff – good trick – boys, maids, drivers, and even a swiped chef of a hotel, paying him double…

Meanwhile, the Israeli navy was already ready for its decisive mission: to anchor a camouflaged mother ship not far from the shore, and from there launch gummies of great capacity to rescue refugees and bow to the Promised Land.

Of course, there were no short pitfalls and contingencies. The riskiest: the mass arrival of authentic tourists! Figurines had to be made so that they would not suspect what was in that double-key furniture and the “no touching, high tension” sign, disguised as the powerful radio equipment and all the communication equipment with the Mossad power station. But with a winning card: what the tourists paid partially compensated for the cost of the ‘Moses operation’, so-called in code…

The closest routine to the edge of the knife happened at night. The agents, fake hoteliers, slithering under the shadows to the meeting point ten kilometers south of Gedaref, and gathered groups of Jewish Ethiopians smuggled from the refugee camps: a task by men and women of the Same community, fully trained.

According to Gad Shimron, “the rescued did not know who we were, nor did they suspect our Israeli origin: we told them that we were mercenaries and that they paid us very well for that work.” But the worst was still missing: the 800 kilometers – two days of travel – to the resort, evading checkpoints, camouflaging buses as tourist transport, and bribing the more avid Sudanese out of pocket than of patriotism…

Once on the beach, at a point north of the resort, sea, land and air teams (helicopters) took the refugees to the mother ship bound for Israel.

One of the agents, remembering those years, was adamant: “If one of us was discovered, we all ended up hanging in the center of Khartoum (capital of Sudan ed.)”. And more than once, especially in March’ 82, a patrol of soldiers suspected something strange was going on and unloaded their shrapnel on “some shadows in the sea”: gummies. There were no victims, but neither was there any certainty as to the origin of the fugitives: they were judged to be mere smugglers.

Meanwhile, the resort’s fame multiplied through word of mouth. Egyptian and British officials, foreign diplomats stationed in Khartoum, and even Sudanese officials were housed, with no doubt as to the identity and mission of the hotel owners. So much so that Arous’s business began to finance itself, and a portion of the profits served to rent more and more trucks for the refugees…

By 1982, in full operation, Gad Shimron and his team received a key piece of Information: near the coast, there was an abandoned British airstrip at the end of the Second Great War.

It was the sun. A stronger sun than the one in Sudan.

One night in May of that year the first Hercules aircraft landed with an Israeli squad on board. 130 Ethiopian Jewish prisoners were rescued. But a Bedouin betrayed the operation, and it was imperative to find another landing point. Worse: a piece of desert near Gearef, with little light and very difficult to distinguish.

Mossad maintained the resort for future covert operations. But on April 6, 1985, a coup d’état overthrew the government of General Yaafar-al-Nimeiri, the man who turned Sudan into an Islamic country, and the adventure ended.

However, seventeen more successful flights were made. And in the next five years, nearly eighteen thousand Ethiopian Jews managed to make their way into Israel.

One morning, tourists from Arous’s Paradise woke up in the most absolute solitude: all the staff (the spies) had disappeared. They had to prepare breakfast with their own hands.

(Post scriptum. Ethiopian Jews are believed to be descended from one of the so-called “Ten Lost Tribes” of the ancient kingdom of Israel, or from the Israelites who accompanied King Solomon and Queen Sheba back to Ethiopia in 950 BC. It is also surmised that they fled after the destruction of the first Jewish Temple in 586 BC. In 1977, one of them, Leader Ferede Aklum, led the first wave of Ethiopian Jewish refugees who fled to Sudan in a civil war and hunger. Returning to Israel was, for them, approving a painful pending matter for which they waited 2,700 years. Today there are only 140,000 of the nearly nine million souls that inhabit the slightly more than 22,000 kilometers of Israel. But, beyond the feat and the risks of their rescue, they complain of “discrimination, racism, and poverty.” And do not like to be called “Falashas” by a pejorative)

Ethiopia: “Crash Boeing was a result of design error” 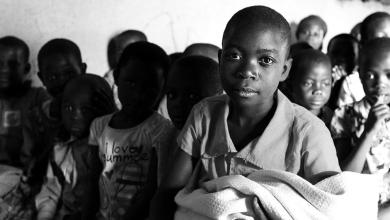 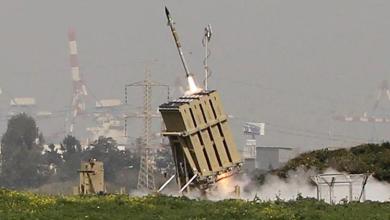 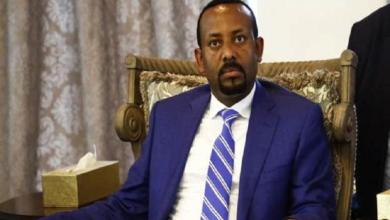 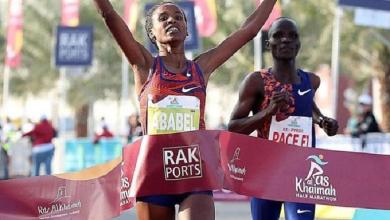 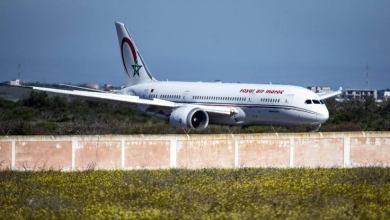 Ethiopia declares unable to repatriate its students from Wuhan