The Boeing 737-800 from Ukraine International Airlines that crashed on Wednesday may have had to contend with technical problems. Several sources within the security services report this to Reuters. All 176 people on board, mostly Iranians and Iranian Canadians, died.

The plane caught fire and crashed from the airport in Tehran shortly after taking off. The crash happened several hours after Iran fired rockets into US military bases in Iraq. This led to speculation that the device might also have been affected.

However, five sources within the security services – three American, one European, and one Canadian – all wishing to remain anonymous, told Reuters that the first findings of the Western intelligence services point in the direction of a technical problem. There is evidence that one of the aircraft engines was overheated, the Canadian source said.

Boeing is currently keeping the entire 737 MAX fleet on the ground after two fatal crashes in 2018 and 2019. However, the aircraft crashed in Iran is a 737-800, one of the most famous aircraft in the world and with a good reputation in terms of safety. The plane was barely three years old and was serviced on January 6. Moreover, the Boeings 737-800 are not equipped with the same software that is probably the cause of the problems with the 737 MAX. Boeing says that it is in contact with Ukraine International Airlines but further refuses all comments.

The crashed aircraft is a Boeing 737-800 NG (with registration UR-PSR) of barely three years old. The plane departed from Tehran airport at 6:10 am local time and was destined for the Ukrainian capital Kyiv. A few minutes after taking off, it disappeared from the radar. The Boeing of Ukraine International Airlines crashed near the city of Shahedshahr, southwest of Tehran. After the crash, a fierce fire raged on the ground.

For a long time, there was uncertainty about the precise number of passengers, but in the meantime, the Ukrainian airline has confirmed that there were 176 people on board. It concerns 167 passengers and nine crew members of Ukrainian origin. Nobody survived the disaster.

Among the dead are 82 Iranians, 63 Canadians, 10 Sweden, 3 British, 3 Germans, 4 Afghans, and 11 Ukrainians. The Ukrainian Foreign Minister Vadym Prystaiko reports this on Twitter. Ukraine International Airlines will publish the passenger list once there is confirmation that the people were indeed on board.

Aid organization Rode Halvemaan says that bodies are being sought with the help of soldiers and firefighters. “Everyone helps so that we can salvage all bodies. They landed in a large area,” says the head of a rescue unit. According to the airline, Kyiv was a transit destination, and most of the victims flew to the Ukrainian capital, after which they took a flight to another destination.

The cause of the disaster is officially still unclear. Previous statements from the Ukrainian embassy in Iran about “engine problems” that were supposed to be the basis were later dismissed as “unofficial.” The diplomatic post emphasizes in a new statement that the cause of the crash is not yet clear. The Prime Minister of Ukraine called on a press conference in Kyiv not to speculate and to await the results of the investigation. Reports that the crash has something to do with the tensions in the region are premature, it sounds.

In the meantime, the black boxes found on the aircraft have been found on the crash site, reports the Iranian aviation authority. In a modern passenger plane, there are always two black boxes: one that stores the flight data and one that records the conversations in the cockpit. They are crucial to be able to determine the exact cause of a crash. Iran says it will not transfer the black boxes to the US or Boeing. The Iranian civil aviation authority says it will analyze the boxes itself, together with Ukrainian researchers.

Canadian Prime Minister Justin Trudeau asks for an in-depth investigation into the cause of the plane crash, in which 63 Canadians were killed. ‘I join the Canadians all over the country who are shocked and sad,’ he said in a press release. ‘Our government will continue to work closely with international partners to ensure that an in-depth investigation into the crash is being conducted and that Canadians will receive answers to their questions.’

“It is dangerous to speculate about the possible causes,” the head of government continued. Shortly after taking off the aircraft at Tehran airport, “something unusual has happened,” said Canadian Transport Minister Marc Garneau. He also refused to speculate further.

Read 👉  A 103-year-old Iranian woman is cured of coronavirus

Following the Chicago Convention on International Civil Aviation, the investigation into the cause of the crash falls within the competence of Iran. Also, according to the treaty, the country where the aircraft was designed and built (the United States) and the country of the airline concerned (Ukraine) each have the right to appoint an accredited representative to participate in the investigation.

“Because Canadian civilians lost their lives” in the disaster, the Canadian government agency responsible for promoting transport safety (the Transportation Safety Board) has also appointed an expert who will investigate the factual information released by the Iranian government.

Canada has one of the largest Iranian diasporas in North America, with approximately 210,000 Canadians of Iranian origin. Ukraine International Airlines offers relatively cheap flights between Toronto and Tehran, with a stopover in Kyiv.

Ukrainian President Volodimir Zelensky said earlier that a rescue team is leaving from his country to Iran. “The priority is to find the truth and those responsible for this terrible catastrophe,” the president said, without making clear whether he meant that the plane was intentionally brought down.

The crashed Boeing 737 was built in 2016 and was serviced two days ago – January 6 -, says Ukraine International Airlines in a statement. Nothing was wrong with the device; it sounds. The airline expresses its condolences to the families of the victims and says it is fully cooperating in the investigation into the crash. Ukraine International Airlines has suspended all flights to and from Tehran until further notice.

The Boeing Company reports that the information is to inquire about the crash. “We are aware of the media reports out of Iran and we are gathering more information,” it says on Twitter. After every plane crash, an employee of the involved aircraft manufacturer usually travels to the site of the disaster. It is still unclear whether that will happen now. Boeing is an American company, and the relationship between Iran and the US is currently very tense.

The map of Flightradar 24 below shows how the aircraft disappeared from the radar shortly after taking off in Tehran: 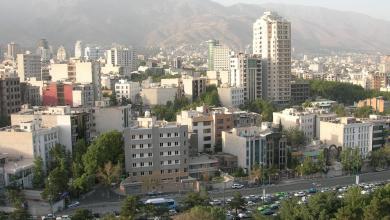 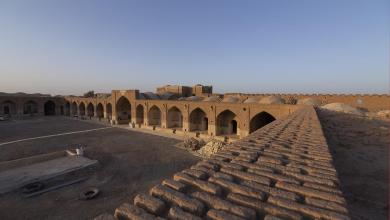 More than 50,000 people infected with coronavirus in Iran 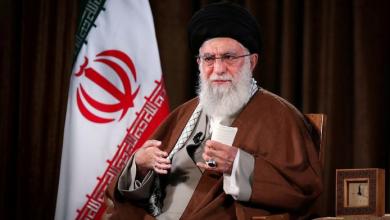 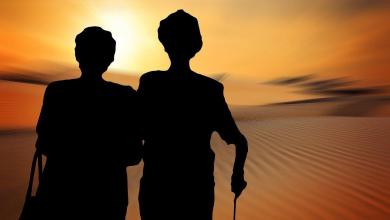 A 103-year-old Iranian woman is cured of coronavirus 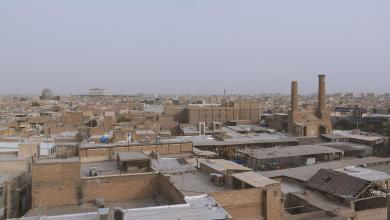 Imprisonment and 74 lashes for Iranians that lick coronavirus’ altar 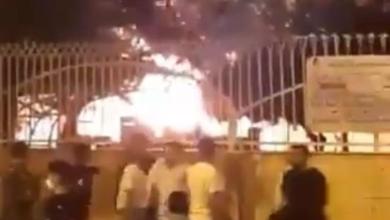 Hospital burned down in Iran for fear of coronavirus