The four people who received a presidential pardon were sentenced to life in prison in May. The writer Saïd Ahmed Saïd Tourqui and the lawyer Bahassane Ahmed Saïd Djaffar are part of the list of people released.

In May, these four men, who had been sentenced to life by the state security court, had already had their sentences reduced to twenty years in prison.

According to a decree signed by President Azali Assoumani, the writer Saïd Ahmed Saïd Tourqui, the lawyer Ahmed Saïd Jaffar – brother of former vice-president Djaffar Ahmed Saïd, as well as Miasmes Ali Abdallah and El-Had Ibrahim Halifa “are pardoned of the entire sentence still to be executed”.

Comorian President Azali Assoumani is regularly accused by the opposition of authoritarian drift. His election was strongly contested in his country and by foreign observers

17 other persons, all members or close relatives of the opposition, sentenced in the same trial to prison terms of 20 years or less for “destabilization” and assault were also pardoned. 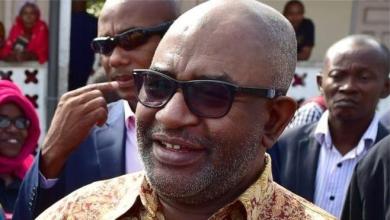 In Comoros, life imprisonment for relatives of the opposition