The Marslander InSight, which landed successfully on Mars on Monday after a long journey of almost seven months, has sent new photos from the red planet.

The images were made yesterday by the Marverkenner. On the first photo you can see the area where the InSight is located. That place is called Elysium Planitia. It is a bare plain just above the equator of Mars. 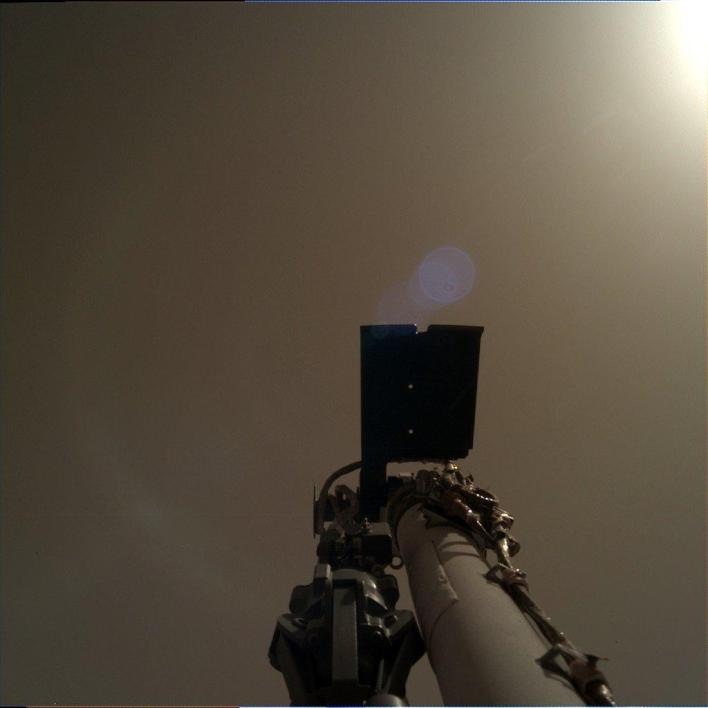 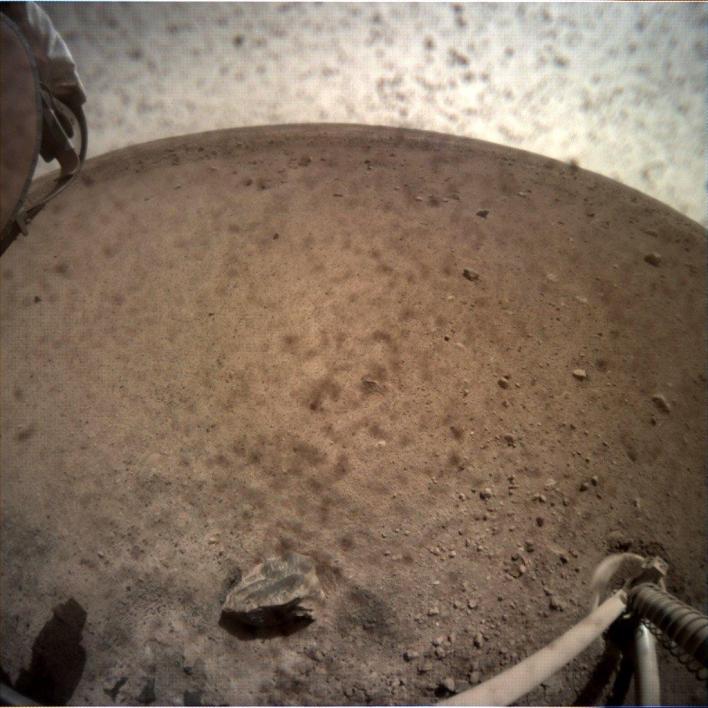 The camera has a “fisheye” view, which makes the horizon appear curved. The image is somewhat blurred by dust on the camera lens. A foot of the InSight can be seen on the right of the screen. At the top left of the photo is a part of the seismograph, an instrument for recording earthquakes. The InSight also took a second photo with another camera. One of the robotic arms of the NASA probe can be seen on this.

Steadily easing into my workflow. It’s been a busy few days and now, a new picture of Mars without the camera lens cover. Plus, a new view from my robotic arm camera. Read: https://t.co/5qCjNVZaRs

The landing itself is a real thriller. About an hour before, the control centre on earth sent the last instructions to the device and then it is awaiting in tension and hoping that everything went well. It takes eight minutes for a radio signal from Mars to reach the earth, so everything had to be done automatically. The NASA control centre could therefore not intervene if something went wrong. The Marsverkenner has now started a two-year mission.

The device – which cost more than a billion dollars – will drill meters deep into the soil of Mars to explore the inside of the planet. Scientists not only want to get a better view of what Mars looks like inside, but also want to learn more about the history of the red planet.